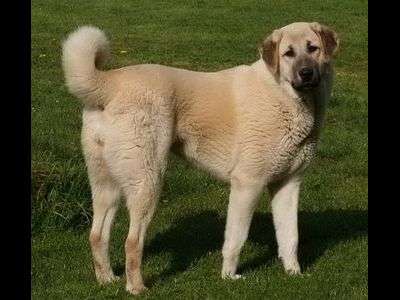 The Anatolian Shepherd Dog is a herding dog that can look back on a very long history. His ancestors are probably the massive hounds of ancient Mesopotamia. Originally, this breed was used for herding sheep but now it is also used today as a working dog or guard dog. They are very large, powerful and independent dogs.

The Anatolian shepherd dogs are probably emerged from dogg like hunting dogs of ancient Mesopotamia. An occasional cross-breeding of greyhounds cannot be excluded over the centuries. The breed was and is still used today as a guard dog in their homeland. Being an indispensable help for the shephards the shepherd dogs live between the sheep to protect them in case of emergency threats of any kind. The shepherds rely completely on their dogs. For these it is normal to decide and act independently. Therefore, they are hardly used to respond to commands. This character makes it difficult to educate and train the dog with traditional methods.

Under the term Anatolian shepherd dog the FCI has combined four different types. They share a short, shiny and lying topcoat. Especially male dogs have a fur collar. All colors are permitted, but preference is fallow with a black mask and black ears. The coat is short or half-long, dense, with a thick undercoat. Due to climatic conditions, large differences in hair length are possible. On neck and shoulder it is slightly longer and thicker. In winter the coat tends to be greater length than in summer. Male dogs can reach a shoulder height of up to 85 centimeters and a weight of 44-64 kg. Partially the dog may also be considerably bigger. A shoulder height of 90 centimeters and a weight of up to 80 kilograms are not a rarity. The dog is impressive and has a powerful figure with a wide frame. The body is well muscled but not fat. Its head is broad and strong. The double coat is very dense. The dog should be large and persistent. Moreover this breed is able to get around with high speed for a longer time. It has a steady and straight back. Its movement is smooth and harmonious.

Their training requires a lot of empathy and a certain experience in dealing with guard dogs. In their homeland, the dogs have to adapt to a very frugal life. They are resistant to cold and heat and undemanding regarding their diet. They often spend hours lying around apparently asleep. But is any potential danger close to the people and animals in their care, they are quickly awake. The dogs chase the intruder and also attack on them when they feel it is necessary. By early forming the dog quickly learns what and who belongs to his pack and his territory. The Anatolian shepherd dog is guarding with great zeal and courage. He developed his protective instinct until during the first two years of life. The Anatolian shepherd dog will never be subservient to his people. Only gradually he accepts the affection that is shown to him.

This original breed with their deep-rooted, innate instincts is not a dog for beginners. It must be carefully introduced to this life in our modern civilization. In some countries, the Anatolian shepherd dog is ranked among the dangerous dogs. Their keeping is only allowed to certain conditions (for example, they have to wear a muzzle or leash). Before purchasing you should inquire about the current rules and regulations in your country or county.