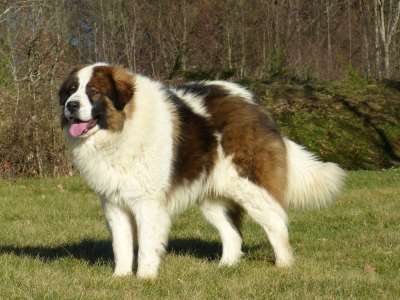 The Tornjak or Bosnian-Herzegovinian-Croatian Shepherd dog, whose name is derived from the word gate for protective gates, is an old dog type, first mentioned in the 11th century.
The Origin is Croatia and Bosnia-Herzegovina.
He accompanies the herdsmen, and with their decline the Tornjak disappeared more and more.
In 1972, the stocks were recorded and the breeding started tactical, so today there is a base again.
The breed has been provisionally recognized by the FCI since 01.06.2007 and is in the Foundation Stock of the AKC.

The Tornjak has slightly wavy, dense fur with plenty of undercoat. All colors are in monochrome or pasted are allowed.
Bitches are 60 to 65cm, males 65 to 70cm tall.

The Tornjak is a typical herd protection dog, defensive, self-sufficient and self-centered. He is skeptic against strangersl, but not aggressive. Within their territory they behave differently from outside.